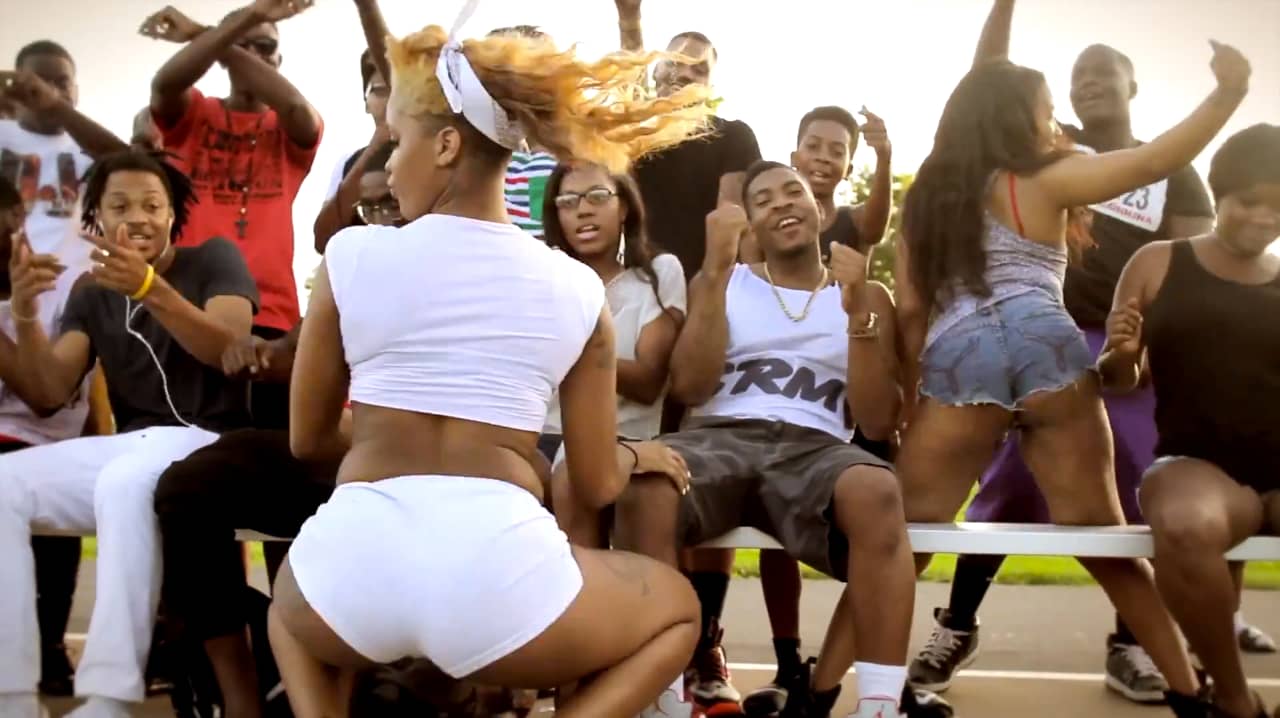 “FALSE MEDIA, WE DON’T NEED IT DO WE?” – How Commercialized Hip Hop Impacts the African-American Child

Okay, let me begin at the beginning.  I am a bona fide fan of hip hop.  I’ve been enamored with it since its humble beginnings.  In fact, it is my generation that created the sound, the energy, the art, the dance, the experience that is hip hop culture.  Therefore, I want it to be duly noted, better yet, I want it to be empirically understood, that my critical analysis of the direction that urban commercialized music has taken, (and by commercialized music I mean music that is in heavy rotation on the radio and on popular streaming services), particularly with regards to hip hop, is done so in love.  In fact, if I did not love the culture, had it not helped rear me, were I not so invested in it, and even still, a derivative of it, then I probably wouldn’t be as relentless in my approach with respect to it.  And since overtures of love are the best way to offer uncomfortable truths, I feel that I possess the necessary qualifier to speak on the importance and the validity of this topic.  As such, please note, that with this particular analysis, I’m not just doing it for the children; I’m also doing it for the culture.  Now, let’s get into it.

Media, in and of itself, is a major cultural phenomenon of contemporary life.  It fuels our fashion, our dialect, our thoughts, and our actions.  More importantly, in today’s society, traditional and social media both have a profound impact on our youth’s values and behavior, usually fostering materialism, sexism, indifference and violence.  The media format that I’ve chosen to highlight in this article is music, particularly urban commercialized music, particularly hip hop, for I feel that it has been INFLILTRATED, (yep I said it) and thus SATURATED with sexually explicit, drug-oriented and violent lyrics and imagery that has helped to encourage and promote impulsive and sometimes even life altering decision making by our children.

To begin, according to the American Academy of Pediatrics, adolescents often use music to help shape their self-identity. As such, we must always be mindful of whom, and/or, what the music our children is listening to is encouraging them to be.  There is particular concern related to the lyrics of some genres of music and their effect on children and adolescents, and rap music is listed as one of the genres of concern.  AAP also cited studies suggesting that the preference of certain types of music could be correlated with certain behaviors.  For instance, men who listen to misogynistic lyrics often show increased aggression towards women and have a negative perception of them.  Furthermore, according to the AAP, fans of heavy metal and rap music showed a greater tendency to engage in reckless behavior than their peers who were not fans of the same type of music.

Now, having cited these studies as a point of reference, I need it to be known that I personally, in no way, wish to imply that our music is the sole contributing factor to the hostility, anti-social attitudes and violence that some of our youth exhibit.  In fact, I remember in the 90’s when there was a rage against the culture and we had everybody from Tipper Gore (who started the explicit labeling campaign), to C. Delores Tucker (who had a particular feud with Tupac), to Reverend Calvin Butts (who actually mowed down CD’s in the streets) all taking a stance against the music.  And as a youngin, I remember thinking back then, why are all of these people tripping about the lyrics of the music, as opposed to addressing the atrocities of the environment that these artists are coming from; for in my mind, that was what was fueling their rhetoric.  Additionally, I’d like to mention, that back then the shift in the music was organic; and artists, in my opinion, were giving honest dissertations about their perceptions of their experiences.   So needless to say, I was on the side of hip hop, and did not take too kindly to the posture that these adults were taking against the youth.  However, with age comes wisdom and hindsight, and being old enough to have born witness to, not only the humble beginnings of hip hop, but also the traumatic shift in the culture, I have since developed a different inclination.  But again, I need to be clear, that this inclination is based upon my belief that the music is no longer being allowed to evolve organically, it’s not being allowed to grow up (i.e. artists are usually aged out of the genre which severely impacts the messaging), and that it has been infiltrated by capitalistic entities whose goal is to maximize their bottom line, amongst other things.

As such, it is my assessment, that the corporate arm of hip hop has allowed for, promoted and encouraged a ceaseless flow of degenerate imagery and lyricism that has conditioned our youth to accept and model certain base level behaviors, specifically because what they’re seeing and hearing involve persons who look like them.   Furthermore, I submit, that it would be detrimental not to consider the profound impact that music has on a society and its people.  In fact, Confucius states that, “If one should desire to know whether a kingdom is well governed, if its morals are good or bad, the quality of its music will furnish the answer.”

So let’s expound on this for a minute.  An important truth to acknowledge is that music has always been an extremely significant communication mechanism in black culture. In some tribes in Africa, the drummer was sometimes considered to be one of the most important people in the village; why, because the drum told the story of the people. Listening to the sound of the drum was like watching the 6 o’clock news.  The drummer would beat the drum to let villagers know that a baby was born or that an enemy was on the way, etc.  That tradition followed our people across the Atlantic and was able to manifest itself even after they took our drum away.  For example, during slavery, some of the Negro spirituals were actually roadmaps for the Underground Railroad; the lyrics of the songs guiding the slaves along their trek.  The song Follow the Drinking Gourd symbolizes this as it instructed its listeners to move in the direction of the star constellation the big dipper, on their path towards freedom.  Even still, during the civil rights/black power movement, our folk didn’t just march, they march and sang, to help to strengthen them during such a tumultuous time and to remind them of their ultimate goal and objective, which was to overcome the atrocities of Jim Crow.  Examples of this are the song We Shall Overcome sang during the Civil Rights movement or the melodic chant Off the Pig, which was used during the Black Power movement.  And then there is hip hop – music that was used to not only transmit the stories of the hood across state lines, (i.e., The Message – Grandmaster Flash or “F the Police” – NWA) but also to empower black youth with knowledge, wisdom and understanding (i.e., all things Public Enemy and BDP).  Just a side note, I participated in my very first protest, fueled by the gripping sounds of Public Enemy’s Fight the Power and I actually learned the book of Genesis not from church, but instead from KRS-One.

Now, this connection is important to recognize because as it stands, though our relationship with music hasn’t changed, the message of our music certainly has, and it is being manipulated to encourage ignorance.   In fact, I’ll say it again, I truly believe that our music has been infiltrated by elements that wish to sow discord in our communities and that it is now being used as a conditioning tool that promotes base level behavior, specifically in our youth.  Allow me to give an example of what I mean.

First of all let’s define the term conditioning as it relates to psychology.   According to Merriam Webster’s Dictionary, conditioning can be defined as the process or act of training a person or animal to do something or to behave in a certain way in a particular situation.  In other words, it is the art of brainwashing a person or animal to do or be whatever it is that you want them to do or be.   And how does conditioning work?  It generally works through repetition.

Here’s a question.  How many of you have ever heard of the saying, if you tell a person something enough times they’ll begin to believe it? Well, consider this; and before I begin allow me to state that I won’t apologize for the language being used here because it’s real but I will apologize if anyone finds it offensive as this is not the intent of its usage.

Now, at the risk of sounding old, allow me to say this.  I remember a time when there was a well represented balance in hip hop.  We’re a multifaceted people, and there was a time when our music represented all facets.  Different ideologies were expressed and respected, and you could be sure to find a song that would fit your every mood.  Now the dynamic of our music seems to be one dimensional; almost like a whirling mass of ignorance that is heavily saturated with lyrics that promote unhealthy and unsafe behavior.  And our babies, unfortunately, are being sucked into this vortex.

So how can we work to change this?  Well we can begin by introducing this knowledge to our youth so that they will begin to understand how certain elements of the media are being used to influence their behavior.  Help them to question whether or not they are exercising a type of lewd behavior because that’s who they really are, or if they’re entertaining this base level of themselves because that’s who they’re being manipulated or conditioned to be.  More importantly, we must arm them with the type of sound knowledge necessary to assist them in making informed decisions regarding their media habits moving forward, thus empowering them to become better stewards over their future.

And I can help to accomplish this.  Below you will find a link to an attachment that will assist you in engaging in this difficult conversation with your scholars.  Though the information in the attachment is formatted as a lesson plan, and was originally written to be shared by teachers or counselors in a classroom setting, don’t be intimidated.  It is truly just a dialogue between facilitator and student; and it merely outlines a way to engage in the necessary conversation about media manipulation.  As such, feel free to manipulate the format, (no pun intended) to fit your needs.  I’ve had the opportunity to facilitate this lesson, or conversation, for at least a decade, and with it I have had great success in helping students to realize the impact of media manipulation on their personal behavior.  I feel that if you remember to approach the conversation with love and not judgment, you too will have the same success.  Working together, WE CAN and WE WILL take back the hearts and minds of our children.

COMMERCIALIZED HIP HOP AND ITS IMPACT ON THE AFRICAN AMERICAN CHILD