Patrice McLaurin is featured on BlackNews.com! 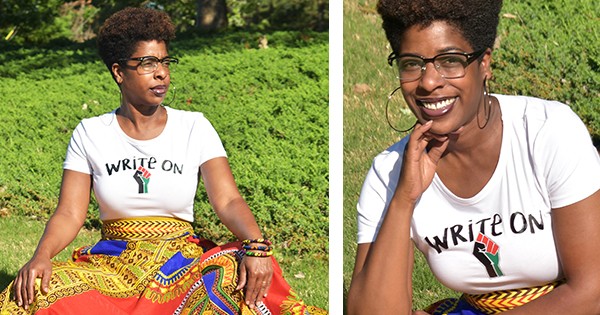 Nationwide — At a time when the state of the world is extremely uncertain and fragile, Patrice McLaurin is providing a silver lining by dismantling racist biases against Black children, with a current emphasis on Black boys. Owner of Khemrah Publishing, a boutique publishing house located in Buford, Georgia, McLaurin uses this platform to serve as an author and image activist. Her literary works are cultivating the brilliance of Black children, one book at a time.

According to McLaurin, some of the most important work that needs to be done in the Black Community is the shifting of racist and biased propaganda against Black people. “Unfortunately,” states McLaurin, “any disparaging caricature that can be placed upon a person has been used as an identifying persona against Black folk.”

Part of McLaurin’s cause as an image activist is to dispel these effigies by reinforcing positive imagery. After the violent deaths of Trayvon Martin, Jordan Davis, Michael Brown, and Tamir Rice, McLaurin’s passion was amplified and it birthed literary works that would give Black children and their counterparts, an opportunity to see the value in their existence. “Oftentimes, a book is a child’s first introduction to an outside world,” states McLaurin, “so it is important that their books humanize all of those who exist in it.”