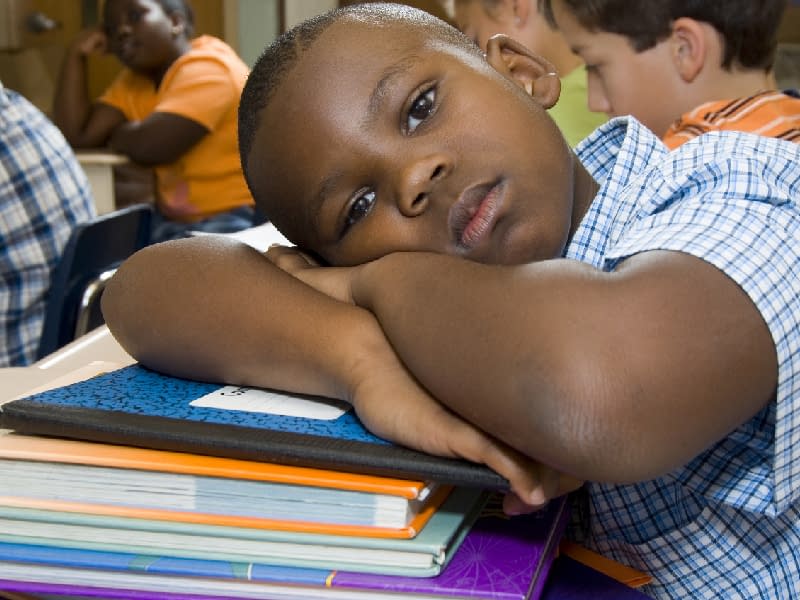 DOES YOUR SCHOOLHOUSE ROCK? OR IS IT RIDDLED WITH ANTI-BLACKNESS?

Okay, let’s get into it.  No bells and whistles.  We’ll begin by unpacking the idea of race as it relates to the United States of America.  Race, in and of itself, is a social construct. It emerged, unfortunately, as a social classification used to assign dominance of some social classes over others.(5) Historically, in the United States, race has been used to primarily assert the white race’s dominance over all other races, with particular cruelty having been exercised over the black race. This makes the history of black people in the United States a peculiar one at best. To recap, Africans were kidnapped from their native continent, transported across the Atlantic Ocean in the most treacherous of environments and under the most precarious of circumstances, brought to an unfamiliar land where they were stripped of their culture and their concept of God, enslaved for over 300 years where they were treated as chattel, subjected to Jim Crow, Peonage and Red-lining once finally freed from slavery, and unfortunately, are still suffering as a collective community at the behest of this dangerous classification today.

Now, this constructed classification called race made way for a wicked byproduct called racism.  In the National Library of Medicine’s article, “Using ‘Socially Assigned Race’ to Probe White Advantages in Health Status”, racism is defined as “a system of structuring opportunity and assigning value-based on the social interpretation of how one looks…that unfairly disadvantages some individuals and communities, unfairly advantages other individuals and communities, and saps the strength of the whole society through the waste of human resources.”(8) This definition is particularly accurate, as the effects of racism is exhausting, not only for the victims of it, but also for society as a whole because you have capable groups of people that are curtailed in their efforts to maximize their full potential, ultimately preventing society from reaching its highest good. This ugly ism, which taps into our lowest nature as human beings and gives birth to hate and hostility, has unfortunately infiltrated the halls of our greatest institutions, to include, regrettably, our schools.

According to a report on hate incidents in schools, issued by the nonprofit group Teaching Tolerance, “black students [bear] most of the hate” from these incidents of intolerance.(2) This is further asserted by Kim Parker, the assistant director of teacher training at Shady Hill School in Cambridge, MA, who regretfully acknowledged that “Anti-blackness [in our schools] is at an all time high”.(2) When you weigh this against the recent killings of Ahmaud Arbery, Breonna Taylor and George Floyd, the uprisings that followed around the world, the hangings of black men here in the United States thereafter and now the shooting of Jacob Blake, it is clear to see that racism, as a construct, still exists. And though we have made tremendous strides as a nation, we are still suffering from this socially communicable disease, this pandemic if you will, that is lamentably being transmitted via our public school systems. 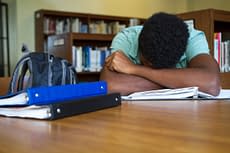 The American Academy of Pediatrics advises that it is critical to recognize the “institutional, personally mediated, and internalized levels of racism that occur in the educational setting.”

their time in schools, it is critical to recognize the “institutional, personally mediated, and internalized levels of racism that occur in the educational setting.” I dare say that a large part of the internalized racism that our children experience via the classroom comes from an abundance of educational resources that highlights the joy, brilliance and heroism of white culture and a scarcity of learning materials that highlight the beauty, brilliance and heroism of black culture. White children have the unique privilege of seeing themselves properly reflected in literature and curriculum. Students of color, on the other hand, “are less likely than white students to see books with characters that look like them or share their cultural background.”(3) And while we know that this isn’t due to lack of effort and initiative on the part of teachers and media specialists, that doesn’t make this fact any less valid.

Consider this. According to the latest statistics published by the Cooperative Children’s Book Center, where 50% of children’s books have white protagonists, only 28% of children’s books are written about children of color. This statistic is markedly important when you consider that at least 50% of the nation’s students are children of color. Furthermore, of that 28% of books that are written about children of color, only 11% of those books are written about black people, with less than half of those books being written by black authors. This bears the question of who is creating the narrative for black children. Moreover, it’s safe to acknowledge that a large part of the inventory of black books in our schools focuses on the past traumas and oppression of black people, as opposed to modeling current conditions and normalcy. This can very easily perpetuate the types of racial stereotypes that can undermine academic and vocational attainment and key developmental milestones for its victims. (1)

Let’s examine, theoretically, how this lack of accurate representation might show up in a school’s classroom or media center and create an unwelcoming learning environment for some of its students.  Based on the CCBC’s metrics, we can deduct that white children are adequately reflected in children’s literature with a full range of references to see themselves. This will likely heighten their self-esteem, boost their confidence and promote good morale. Black children, on the other hand, suffer from a scarcity of representation, where their reflection is usually founded in trauma and oppression. This will likely erode their self-perception, lessen their confidence and lower their morale. Furthermore, this could also impact how the black student is perceived by his fellow classmates, initiating the development of negative stereotypical biases. Consequently, an internalization of the superiority of the white race could manifest into the psyche of every child who is a part of that learning environment. Conversely, an internalization of the inferiority of the black race could manifest itself as well. In turn, the school house can unintentionally become a perpetual source of fuel that feeds the flames of racism, in part because of its lack of equitable informational sources; thus necessitating honest and unbiased representation in its curriculum.

According to the nonprofit group Teaching Tolerance, black students bear most of the hate from incidents of intolerance.

To further demonstrate the existence of institutionalized racism in our educational settings, I’ve taken the liberty of highlighting a few points of reference as sourced from the American Academy of Pediatrics Policy Statement titled, “The Impact of Racism on Child and Adolescent Health: (1)

But all is not lost. As educators we can help to mediate the effects of racism in the educational setting by providing for students access to unbiased learning materials that can assist in creating a positive shift in perception.  Studies have shown that a positive racial identity interrupts experiences of discrimination and generates optimal youth development outcomes. (4, 6) Studies have also shown that students who have a positive perception of themselves and their school’s racial climate have higher academic achievement and fewer disciplinary issues. (7)

We already know that one of the ways to rear children who are anti-racist is by making sure that they have access to books with people of color at the center of the story. In fact, according to a recent School Library Journal survey, 81% of librarians consider it very important for children to have access to a diverse book collection. (2) Furthermore, and definitely worth the re-mention, we know that it is imperative to make available for students books that are indicative of black joy and achievement, not just books that are oppression and civil rights based. Again, this helps to diminish stereotypes, which have a severe impact on student achievement and perception.  We know that providing curriculum that is a true reflection of the world and all of her citizenry, particularly in the public school system, can engender empathy, tolerance and understanding of one another’s differences. More importantly, we know that lack of said curriculum necessitates provisional learning material that highlights black brilliance and black emotional intelligence.

In short, the importance of a racially diverse curriculum that promotes pride and integrity in its entire student body cannot be understated.  Our schools have been granted the awesome responsibility of building our children’s knowledge base, and the diameter of their knowledge will usually dictate the circumference of their activity. As such, when developing the knowing of our children, we must embolden and empower them with resources that will create positive perceptions and encourage acceptance and tolerance of our differences. We must also instill in them the profound tenets of empathy and compassion.

There are two books I’d like to recommend that does just that.

Have You Thanked an Inventor Today

chronicles the school day of a little black boy, highlighting inventions that he uses throughout his day, all of which were invented by black people. This book serves as a strong and accurate representation of black brilliance and black excellence.

I Am Because I Choose

showcases a little black boy practicing positive behavior, exercising good character and reaping positive consequences as a result of making positive choices.  This book can easily be used to exemplify black emotional intelligence all while helping to facilitate the core competencies of Social Emotional Learning.

Both of these books, along with their accompanying lesson plans, can aid educators in mitigating the stain that is racism, particularly with reference to anti-blackness, from soiling the minds of our youth.  And it can be done directly from the schoolhouse.

So, educators, if you’re interested in making your schoolhouse a foundational rock of intellectual and emotional intelligence, feel free to begin with these books and lesson plans.  And in the meantime, try not to lose site of the reality that our public educational system plays a pivotal role in this great reckoning with our nation’s original sin. In fact, if there is to be any hope for concrete and absolute change in our society, then we must seize this opportunity, with a fierce sense of urgency, and arm all children with right knowledge right now.  For securing our children, consequently ensures a brighter future for us all.

(1) “The Impact of Racism on Child and Adolescent Health, Volume 44, Issue 2”;American Academy of Pediatrics;2019

(2)Ishizuka, Kathy. (2018, October 21), “Can Diverse Books Save Us? In a divided world, librarians are on a mission.”, Retrieved from https://www.slj.com/?detailStory=can-diverse-books-save-us