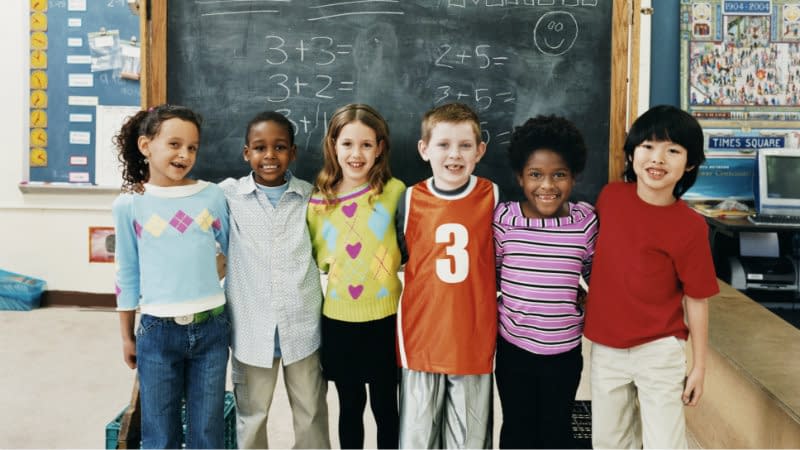 If You Want To Truly Help To Dismantle Racism, TELL THE CHILDREN THE TRUTH!

For the record, this is me thinking out loud.  Right now, I am about to subject you to the intricacies of the random space that is my mind, which again, for the record, can sometimes be a scary space.  However, I ask that you please share with me a few moments of your time, and help me to figure out if there are any legs to what it is that I am thinking.

Okay.  I am of the opinion, that all children, to include my own, who are educated via the public school system, in these United States of America, are suffering at the behest of a so called white supremacist doctrine.  I say so called white supremacist, because I refuse to embody the idea that white people are supreme or superior to me in any capacity (yep I said it).

Here’s my logic.  Black History is either not taught at all in many school systems, or if it is taught, it’s normally only instructed during Black History Month, and it’s primarily delivered from a space of trauma and oppression.  White history, on the other hand (which is the history that they teach us year round), is usually delivered from a space of pride and grandiosity.  As such, what begins in childhood is an internalization of so called white superiority that usually transitions into adulthood, and ultimately functions as perpetual fuel for the so called white supremacist ideology.

Consider this abbreviated timeline of the history of black people as it is generally instructed in many of our public schools today:

Now, after tossing in a few stories about entertainers, athletes and others that were allowed to break the color barrier in one form or another, what you’ve got, in a nutshell, is the public school system’s Black History curriculum!

This is nothing short of criminal; and I have deducted, that our school systems are actively propagating revisionist history, thereby contributing to systemic racism.  Children are being taught a distorted interpretation of the historical record which serves to subliminally project racist ideologies into their little minds and hearts.  The impact of white washed historical revisionism is particularly destructive to the psyche of black children in that its effect is sometimes self-sabotaging; and it is ultimately devastating to the psyche of all children, for it helps to perpetuate a conception of white superiority and racist biases.  In fact, according to the American Academy of Pediatrics, it is critical that we recognize the internalized levels of racism that occurs in our educational settings because children spend a significant portion of their time there.

I feel compelled to pause here and take the liberty of exercising a little historical revisionism of my own.  I’d like to offer a modicum of accuracy to some key historical elements that were conveniently re-interpreted before being infused into our educational curriculums.  This, of course, is for the culture, but more importantly, it’s for the ancestors:

Unfortunately yall, I could go on and on.  The degree of mis-education that is perpetuated in our public educational institutions is maddening.  But imagine if all children, black, white and otherwise, were given accurate accounts of history via the school system.  Imagine how emboldened and empowered black children would be.  Imagine if black babies could internalize that they were kings, queens and innovators instead of niggas and slaves.  Imagine if the institution that is responsible for building and cultivating a large part of our children’s knowledge base, actually provided for them right knowledge.

Furthermore, consider the impact that this information would have on the cognition of white children.  There’s no way that they could possibly grow into adults who deem themselves superior to other human beings when the diameter of their knowledge is rooted in the true depiction of the accomplishment and triumph of a people.  Imagine if the next white child, who grows up to be a cop, or a judge or a teacher had a firm understanding of the amazing accomplishments of black people.  Imagine if they too, internalized our greatness and power instead of internalizing our subjected submissiveness and ignorance.  Would it make for a more equitable relationship?  Would it lessen their capacity to gun down black babies in broad daylight and leave their lifeless bodies lying dead in the middle of the street?  Could knowing the accurate historical record of America and all of her citizenry be a guiding force in helping them to determine what their best practices and behavior should be?  I don’t know.  Like I said, I’m just thinking out loud.

What I do know for sure is that the children are our hope for the future.  As such, if there is to be any hope for concrete and absolute change in our society, if there is to be a real reckoning of the atrocities of the original sins of this nation, if we are to sever one of the biggest roots of structural and systemic racism and oppression that exists in our country today, then we must arm all children with right knowledge right now.

In short, I took yall through the ruminations of the random space that is my mind, only to simply state, that we should make Black History, true and accurate Black History, a permanent part of the public school educational curriculum.  PERIOD!